Switch Water Supplier Water Efficiency About us Our Services

You won’t believe what has been found in UK sewers

There are some 567,256 kilometres of sewers beneath the street of the UK. Perhaps, fortunately, most of us will never set foot down there, but we are lucky to have hundreds of dedicated professionals that do. These workers are tasked with keeping our drains and sewers running smoothly and free from blockages. You may have a fair idea of what the average sewer worker may encounter whilst on the job, but just like any occupation, there can be those days when something completely unexpected happens.

Here are some of the weirdest things ever discovered in UK sewers.

A sewer contractor in Essex was flushing a roadside drain when something caught his eye - the gleam of a Rolex watch. After the man turned the watch over to the police, the story hit the newspapers and the Rolex owner came forward to claim it. The owner was so grateful to the man who found it that he gave him a reward for his "integrity and honesty". The 18-carat gold watch was valued at around £21,000.

A worker at a Dunfermline wastewater treatment works was stunned and probably a little terrified to discover a Mexican Desert Kingsnake curled beneath a metal grid. He immediately called the Scottish SPCA, who collected the non-venomous constrictor snake and took it away to be cared for. A live badger found in a pumping station in Ayrshire also made a full recovery after it was rescued by the Scottish SPCA.

Whilst clearing their sewers in 2014, authorities in London were puzzled to find half a Mini blocking a sewer underneath the city’s streets. No explanation for the find ever emerged, but we’re thinking this may be from an unfortunate out-take from The Italian Job…

One London sewer worker doing the nightshift was shocked to stumble upon a hand grenade. After gingerly handing it over to the police, the worker later asked if the grenade was live, prompting the police to reply, “You don’t really want to know that…”.

Authorities in Scotland recovered a fax machine from the sewers beneath the streets of East Kilbride. If you ever wondered whatever happened to fax machines, now you know.

Another unexpected item, this time found stuck in the sewers of Trent, was a motocross bike. These off-road dirt bikes are capable of going cross-country, but evidently not via the sewers.

Other bizarre finds include:

→ A full can of lager 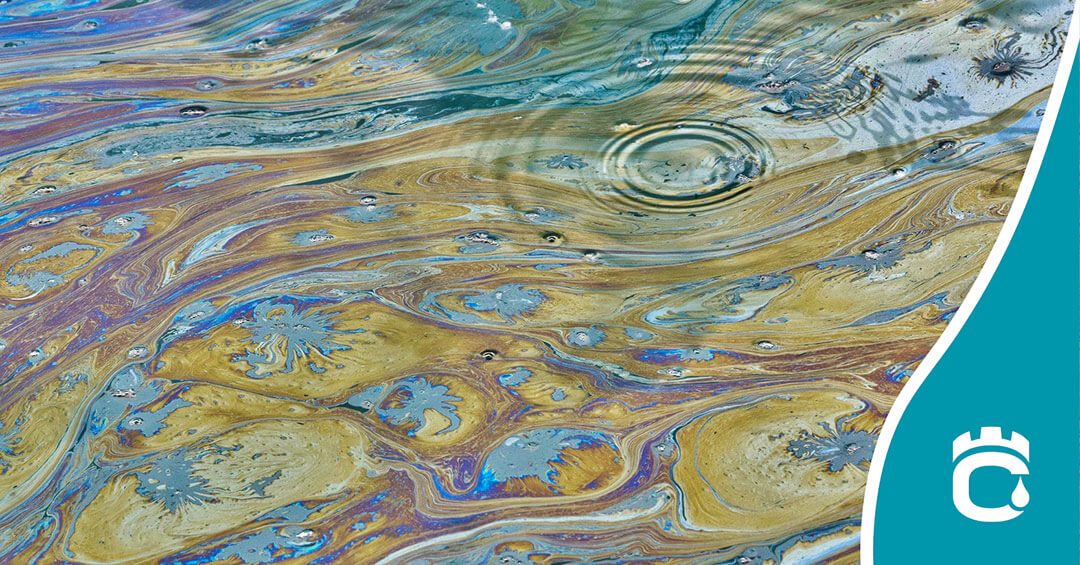 But none of these come close to matching the problems caused by fats, oils, grease (FOG) and wet wipes when they end up in our drains and sewers.

Every year, tens of thousands of litres of FOG are poured down sinks by homes and businesses that don’t realise the horrendous problems it causes. When fat, cooking oil and grease cools it forms a solid mass which can easily block pipes and cause flooding. Over time, larger build-ups of FOG amass in sewers and mix with other material, such as wet-wipes, and the result is a fatberg.

Over the last 12 months, water companies have spent £50 million clearing more than 200,000 blockages caused by FOG and inappropriate items sent into sewers.

Blocked drains and sewers are bad news for businesses. The resulting disruption, damage to local trade and loss of profits can be significant, but your business can fight back against fatbergs. If your business limits the oils it washes down the sink and stops sending unflushables such as wet wipes into the sewers, you can help prevent fatbergs impacting your business.