The fundraiser kicked off at Soccer World in Dundee on Friday 25th February. Representing Castle Water, and raising money for the Scottish Association for Mental Health (SAMH), was Team Castle Water. Overall, 18 teams from businesses across Tayside, Angus and Perthshire donned their kits to take part in the event and raise money for worthwhile causes.

The football tournament was a tiered system, with teams split into 'Champions League' and 'Europa League' sections after the opening round robin of fixtures. Most companies played between 6-9 games throughout the day.

Team Castle Water qualified through to the final, in a 3-1 semi-final victory against the team from MTC Media.

Team Castle Water's Team Captain, Mark Franchi said of the final, "E Q Accountants were our opponents in the final and with their younger, fitter players, they won 4-2. It was one game too many for Castle Water and we just didn’t have the legs to perform like we had in previous rounds. Massive congratulations to E Q Accountants, they thoroughly deserved their victory."

"It was a fantastic event, and very well organised. Players from all businesses were mixing and networking whilst promoting being active through playing football. There was a lot of excellent football on display and all played in good spirits and all for some brilliant causes."

In the lead up to the event, Castle Water employee's donated generously in support of Team Castle Water and SAMH, raising £470 for the charity. Overall, the Business Fives Tayside event raised over £10,000 for various local charities. 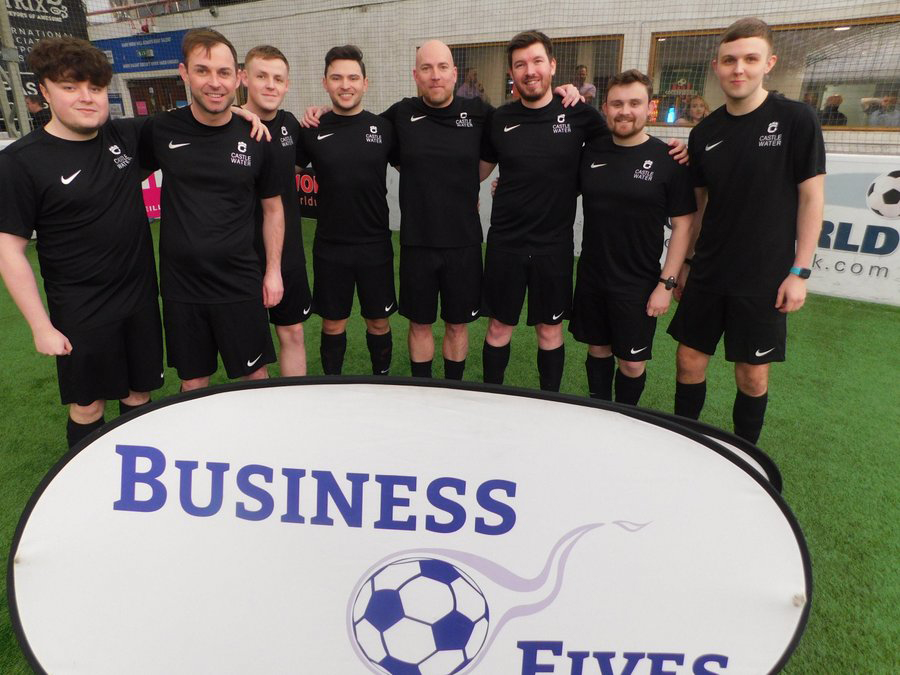 Castle Water is the leading independent water retailer in the UK. We supply business water services to hundreds of thousands of nationwide companies, charities and public bodies. Castle Water are licensed providers of water services in Scotland and England; and are regulated by the Water Industry Commission for Scotland and Ofwat. Our customer services are all UK based and delivered in-house. For further information about Castle Water, visit our website: www.castlewater.co.uk.

SAMH is Scotland's national mental health charity. Around since 1923, SAMH currently operates over 60 services in communities across Scotland providing mental health social care support, addictions, and employment services, among others. Find out more about the incredible work of SAMH here.

At Business Fives Ltd we run corporate charity events.  We host and design amazing Football, Golf and Esports events for our clients. We have worked with over 1,000 companies and raised over £200,000 for charities since launching. Why not get in touch to find out how your company can benefit from some team building and network with other companies in your industry in a competitive and energetic environment.  Find out more at www.businessfives.co.uk.

The bears will provide a wellbeing aid to the...

The funding has been provided as part of Ofwat’s...