Are we drinking the same water as the dinosaurs?

Home Blog Are we drinking the same water as the dinosaurs?

The water on our Earth today is the same water that’s been here for nearly 5 billion years. So far, we haven’t managed to create any new water, and just a tiny fraction of our water has managed to escape out into space. The only thing that changes is the form that water takes as it travels through the water cycle.

As water on the surface of lakes, oceans, and rivers warms up, it travels into the atmosphere as vapour. When the water vapour then gets colder, it turns back to liquid and forms clouds. When that liquid gets so heavy it can’t stay in the atmosphere anymore, it falls as rain, snow, sleet, or hail. Once that precipitation reaches the ground or lands in lakes, oceans, and rivers, the cycle continues.

Water that doesn’t flow into lakes or rivers slowly seeps through the surface of the earth and will usually get absorbed by plants or will fall deeper beneath the surface until it can’t go any further.

Underground, water doesn’t move much, usually taking up spaces between cracks in rocks and breaks in the soil. Water that moves into a natural storage area, called an aquifer, is referred to as groundwater. Wells can be drilled to obtain the water, and this is a relatively quick process for accessing usable water. Water from underground sources is commonly referred to as ‘hard water’, as it tends to contain extra minerals collected on its journey through the earth.

Because of the way this water cycle has always circulated our planet, there is indeed a chance that the water in your glass is the same water that thirsty dinosaurs were drinking about 65 million years ago. 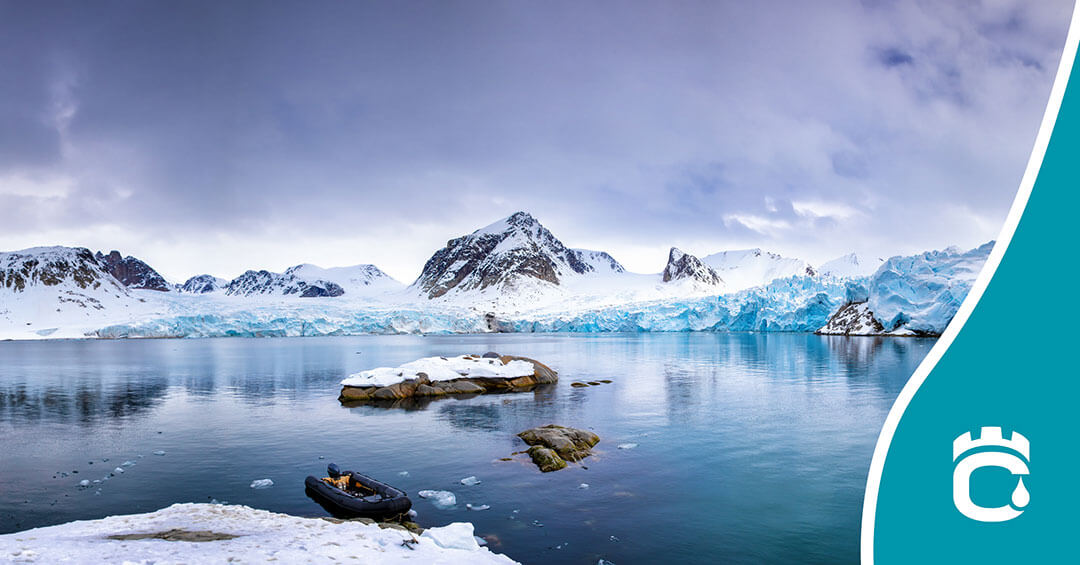 Modern filtration and safety standards mean that the water that comes out of your taps today is free from harmful bacteria, but at its core, it’s the same water that has always existed on earth.

So if all the water we have is simply part of one big recycling system, how is it possible for us to wastewater? Using water inefficiently means using more than we need. If we use excessive amounts of the water that has been collected, treated and piped through our vast water infrastructure, that in turn puts extra pressure on that infrastructure to manage even more water. By using the water we have more efficiently, we can ease the pressure on our water infrastructure, reduce the amount of energy required to process the water, and gradually begin to reduce our overall carbon footprint.

But what about water scarcity? If the water we have is the same amount as we’ve always had, why are we being warned that our lakes and reservoirs could run dry in years to come? Part of this comes down to the demand for water. As populations grow, the demand for water from business and households also increases. This means the water we have has to stretch even further, and in summer months when demand spikes, this can threaten the reserves of water we have. Although those reserves will eventually be replenished, that replenishment may not come soon enough to meet the continued demand at that time. Hotter temperatures also mean that water evaporates quicker than it normally would, leaving less for us to use.

We all have a role to play in using water more efficiently and protecting this valuable resource. The water on earth has existed for millennia, serving a wide variety of purposes, and we need to ensure that we will always have enough water to run our homes and businesses in the future.