How does your garden grow? Choosing the right irrigation system

Home Blog How does your garden grow? Choosing the right irrigation system

Many farmers cannot rely on rainfall alone to adequately water their crops. This could be because they grow in drier climates, experience unpredictable rainfall patterns or want to increase how much they produce over the year.

Some farmers will turn to irrigation as an additional way to provide their crops with water. For farmers who do so, there are a variety of systems to choose from, each with their own advantages and disadvantages.

The reasons why farmers use one system over another are varied and sometimes complex, and the type of system can greatly impact crop yields as well as the water footprint of a particular crop.

Some irrigation systems can be expensive to install and operate, so farmers have to carefully weigh whether increased yields and higher quality products will result in enough of an increase in income to offset the outlay and maintenance.

When deciding what type of irrigation system is right for them, farmers also need to consider the quality of water available, the soil type and slope of their crop fields and what types of crops they want to irrigate. 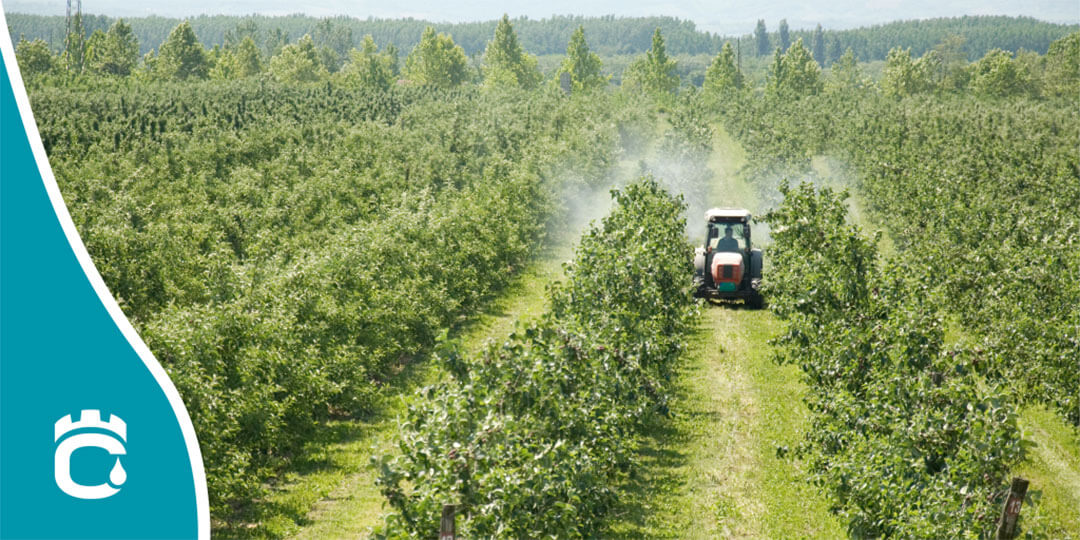 The most common forms of irrigation include:

Centre-pivot irrigation uses an automated sprinkler system with a rotating sprinkler pipe, usually supplied from a well in the centre of a circular field. Farms that use this type of irrigation can be easily identified by the green, circular fields that result. The pipe is powered along a circular path on wheels, and water is sprayed onto plants at a uniform rate. Because the water is sprayed into the air, it is subject to evaporation from wind and low humidity environments. The amount of water applied depends on how fast the watering arm moves around the circle. A single centre-pivot system normally irrigates about 130 acres.

This system uses a single large rotating nozzle to disperse water over an area, similar to sprinkler heads used in a domestic garden. These much bigger nozzles, or guns, typically discharge between 100 to 2000 litres per minute and will irrigate to a radius of 25 to 75 metres. These systems use more energy than centre-pivot systems because of the pressure required to shoot the water out. They are also more labour intensive, and, like other spray systems, they lose water to evaporation.

Linear irrigation systems are similar to centre-pivot systems but rather than rotating around a fixed point, the systems move laterally across rectangular fields. Most systems are supplied with water from a ditch that runs the length of the field or from a large hose that is dragged along through the field. These are best suited to level fields without slopes. Because these systems have internal guidance systems to keep them moving in a straight line, they require regular maintenance. 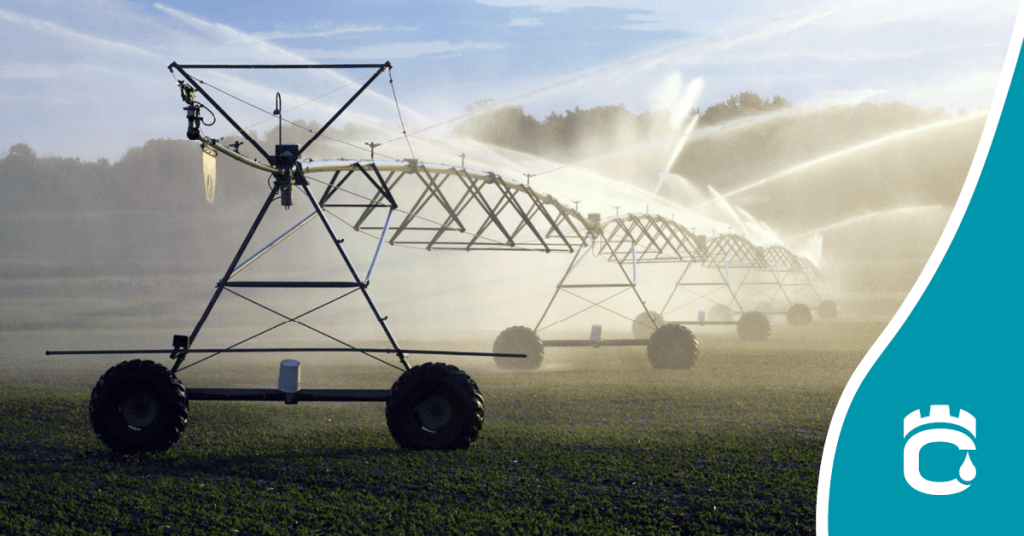 Drip irrigation is a very water-efficient system that applies water directly to plant roots through applicators that operate under low pressure, either on or below the surface of the ground. The system delivers water either directly to the plant roots or along planting rows and requires clean, ‘soft’ water so the nozzles don’t get clogged. Even still, the nozzles require regular maintenance to prevent clogging from algae growth or mineral build-up. The amount of water can be tailored to the needs of individual crops and the system works well on sloping or oddly shaped fields.

In subsurface irrigation, water is applied below the ground surface either by raising the water table within or near the root zone or by using a buried perforated pipe that brings water directly into the root zone. This type of irrigation can be very efficient at delivering water directly where it’s needed.

Flood irrigation involves pumping water into fields that are flooded to a certain depth so the entire soil surface is covered by water. This system is one of oldest and is often used in rice paddies around the world. Flood irrigation is inexpensive to install, has low energy costs and is less affected by water quality. However, flood irrigation is much less water-efficient than other systems and can waste a lot of water if the fields are sloped. Furrow irrigation is similar to field flooding where water is applied in furrows or rows alongside the crops.

Gravity irrigation channels water through canals or pipes from higher to lower areas. It doesn’t require water pumps and is a good way to distribute water to smaller fields. This is a cheaper form of irrigation but it tends to be inefficient, and the pipes or canals require regular maintenance.

Each farmer has to consider a wide range of factors before choosing the irrigation system that is right for their unique circumstances. Different irrigation systems bring their own benefits and drawbacks, but identifying the right system can lead to higher yields, higher produce quality and improved water efficiency. 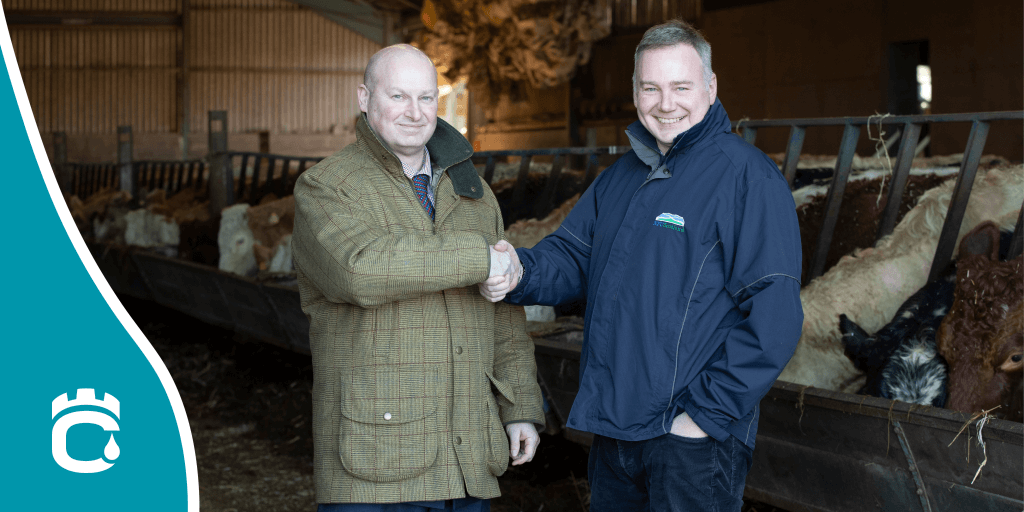 Automatic Meter Reading (AMR) uses similar technology to smart energy meters to give a detailed look at exactly how much water a farm, business or organisation is using. Castle Water has been working in partnership with NFU Scotland since 2014, including providing free AMR equipment to farms with a history of leaks, or those looking to improve their management of water usage. By switching to Castle Water, farms in Scotland have typically saved hundreds of pounds on their water bills every year.

Castle Water is now commencing a review of the benefits to farmers of AMR in England, to assess the extent of savings possible through access to real-time meter readings. For participating farms, Castle Water will install free AMR equipment and data subscription that would normally cost in the region of £1,100.

Castle Water has a proven track record of delivering water efficiencies for its customers through a range of services and technologies. AMR can very quickly help organisations take control of their water usage, make efficiencies, and start making major savings.