What is a water audit & why does your business need one?

Home Blog What is a water audit & why does your business need one?

A water audit is a strategy in which a specialist auditor can assess your company’s water use and suggest ways of maximising efficiency by reducing unnecessary waste.

It is not only a way of giving your company sustainability credentials, it also has the potential to save your business a lot of money in the long run. An audit will take an in-depth look at all the ways you use water on your premises to assess efficiency and suggest improvements.

You may be surprised by how much water you can save just by adding water-efficient fittings or retrofitting economisers such as tap aerators and flow restrictors. A water-saving devices audit will highlight basic changes that will save small amounts every time the device is used. Adding an aerator or flow restrictor to a shower, for example, could halve the amount of water used - if you run a hotel or leisure centre, halving the amount of shower water could be a significant saving, not just in terms of the water used, but also in the energy saved heating it. 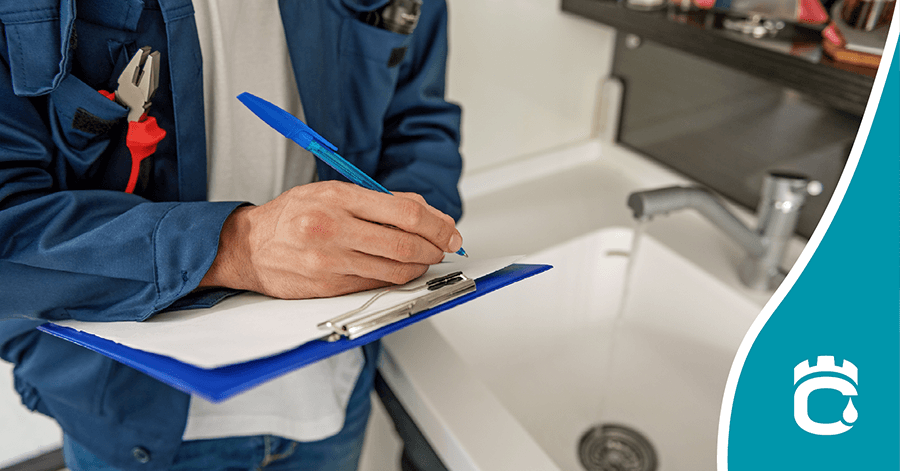 The comprehensive audit is more involved and can cover pretty much any sort of water use. It is primarily aimed at companies in the industrial sector, as well as food and drinks manufacturers. With specialist knowledge, the auditors can cover water usage in-depth, such as ways of optimising programmed processes (e.g. reducing rinse times), as well as optimising equipment such as spray nozzles, pipework and valves.

Audits will also take into consideration the quality of your water. It may well be that you could divert rainwater into butts and water your grounds with it instead of paying for the use of tap water. You would also be saving on the waste water simply pouring down the drain which you would also be charged for. Companies are also diverting so-called ‘grey water’ from sinks, showers, dishwashers and washing machines away from the drains and using it to flush toilets.

Audits are charged on a day rate, so your return on investment from the audit and installing the water efficiency devices will depend on how in-depth the audit is. The water-saving devices audit will be much shorter and the devices themselves will be cheap - as they can reduce consumption considerably, it is likely that you will begin saving money in just a few months.

A comprehensive audit will be more expensive, and the payback period is expected to be longer. However, given that customers are mainly large consumers, the savings could be very significant. After a water efficiency audit for Swindon Borough Council revealed a large water leak, for example, the Council reduced its water bill by a massive £250,000 per year.