Save the Children: Beirut Explosion - Two Months On

Almost two months ago, a warehouse exploded at Beirut’s central port, damaging hospitals, homes and schools. Save the Children’s Emergency Fund, supported by Castle Water, responded to this crisis - helping to keep children in Lebanon safe, reunite them with their families and give them what they need to start again.

To illustrate the amazing impact Castle Water's Emergency Fund donations have had (including employee and customer fundraising) - the total so far would be enough to cover this entire initial response in Beirut! So as always thank you for supporting Save the Children’s Emergency Fund.

The Explosion - What Happened

Following the devastating explosion, an estimated 180 people lost their lives and more than 6,500 were injured. The explosion completely destroyed the port, and the shockwaves damaged buildings up to 20km away. If this happened in London, zone one would be completely destroyed, windows would be blown out in Romford, Watford or Croydon, and you would hear the blast in Bristol, Lincoln and even France.

Reports suggest that 300,000 people, including 100,000 children, are now homeless or displaced. Many families and friends are crowding into houses, increasing the risk of spreading COVID-19.

Our teams on the ground tell us that children are suffering from anxiety and night terrors. Even before the explosion, half a million children were struggling to survive in Beirut as the country endured economic collapse and many families couldn’t afford food or electricity. The loss of the port as a means of importing food will only make their situation worse.

“My name is Sonia and I am eight-years-old. It was my birthday when the explosion happened.”

Sonia lives in Beirut and was celebrating her birthday on the fourth of August with her mother, Georgie, and father, Jonny. She had just blown out her candles and cut the cake. She took a piece of cake round to her neighbour and Jonny went to work. That’s when the explosion happened.

“She [my neighbour] fell on the floor and got hurt,” said Sonia. “I was crying, I was afraid, I was afraid about my father.”

“Sonia was hysterical,” Georgie said. “She just wanted to make sure her father was ok. She was having extreme crying episodes.”

Eventually the family were reunited, and Sonia was very relieved to see her father again. Thankfully they were not injured, but Georgie is worried about the emotional impact of the trauma. Sonia doesn’t like to talk about the incident and Georgie says her voice has changed and her tone is higher.

“The very important point is that it is the children who have been most affected,” Georgie said.

We visited Sonia’s family in the aftermath of the explosion and listened to what they needed. We gave them a weather-proofing kit to repair the house before the winter. Then, her parents brought her to a pop-up play tent to relax and play with other children.

“We found many kids, they were playing, and then I got to know them, we have made friends with each other, we were playing together,” she said. 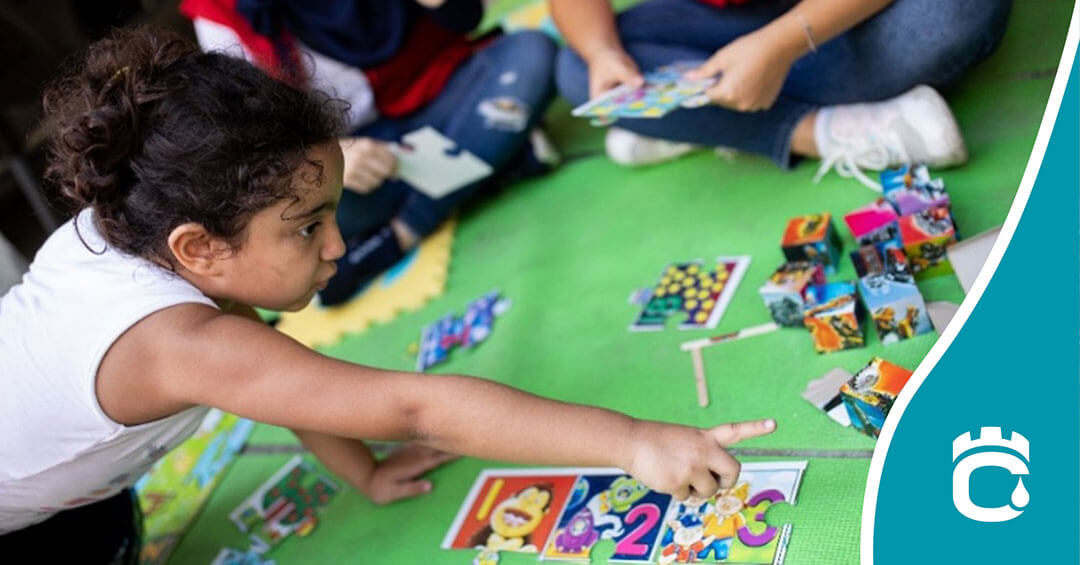 What Save the Children is doing

Immediately after the explosion, Save the Children quickly stepped into action to make sure children were safe. They also:

After an emergency, different families will have different needs. STC provided families with cash transfers to give them the means to support themselves and their children in the way they choose whether this is through food or essential supplies.

The explosion was terrifying for many children in Beirut. STC delivered 245 psychological first aid sessions to children and parents and provided individual support to 140 children to help them cope with the distress of what they have experienced. STC also set up pop-up play tents, or child friendly spaces, so children could regain some sense of normality.

Since the explosion, the number of COVID-19 cases has increased, leading to a second lockdown. Save the Children were allowed to work through the lockdown and helped protect families against the virus with infection, prevention and control kits. We also shared our personal protective equipment with other agencies, including the Lebanese Red Cross, to help more families across the city.

It will take a long time for communities to recover and rebuild their homes, schools, hospitals and businesses. Over the coming months, Save the Children plan to:

Save the Children have already raised more than £350,000 for the Emergency Fund since the explosion.

By supporting the Emergency Fund, Castle Water, our customers and our employees are helping children in Lebanon and other emergencies around the world to stay safe, grow strong and keep learning so they can become who they want to be. Thank you.