As water shortages become more common around the world, many industries are under pressure to reduce their consumption of this precious resource and generally minimise their environmental impact.

Industries that are particularly heavy users of water are looking for innovative ways of reducing their consumption and becoming more sustainable.

The laundry industry is one such heavy water user. The average industrial laundry machine uses 150 litres of water per load. Used just once per day, that adds up to over 50,000 litres – about as much as the average human drinks in their lifetime. 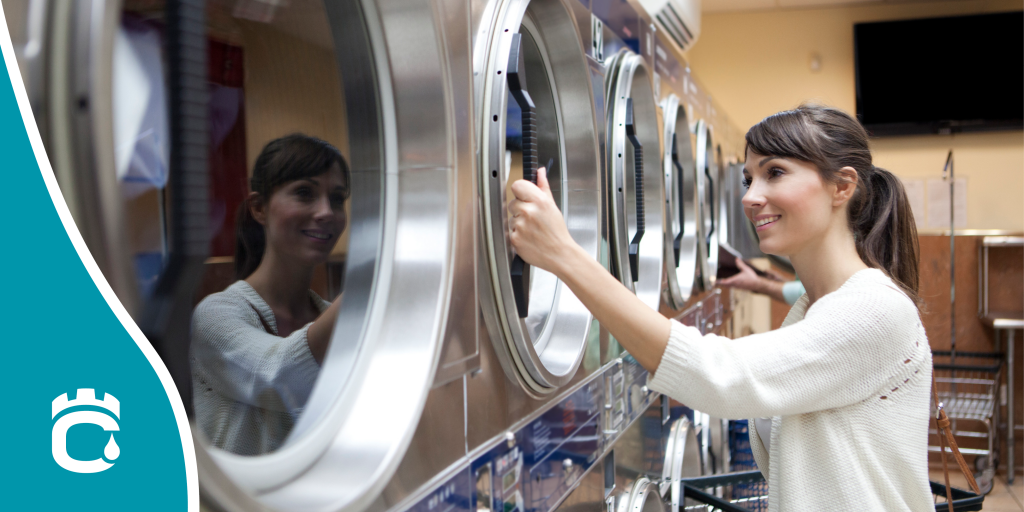 But now a new technology has arrived that could potentially reduce the amount of water a washing machine uses by up to 80%, and its all about little balls – polymer beads to be exact. A British tech firm, on the back of scientific research from the UK’s University of Leeds, has started selling specially designed washing machines that replace most of the water with polymer balls.

The nylon polymer balls have an inherent polarity that attracts stains and can replace nearly all of the water in a laundry cycle. After you load your laundry as usual, the specially designed machine adds some 23,000 small recyclable polymer spheres, weighing around 6kg, directly into the wash, plus a cup of water and detergent. The cycle starts in the way you would normally expect, tossing and turning the laundry load along with the polymer balls. The spheres break down and absorb stains and dirt, then get collected through holes in the drum, and are stored behind it to be reused next time.

The household version of the machine uses 50% less water than a conventional washing machine, while the commercial version, which uses 70,000 spheres weighing 20kg, uses 80% less water. A single industrial-sized machine running 14 cycles a day can potentially save two million litres of water each year. This reduction in water use would present a massive boost to the sustainability of the local area, and provide a substantial financial saving to the business. The technology is currently being licensed to several global washing machine manufacturers and the machines are already being adopted by hotels in typically dry countries such as the United Arab Emirates.

The drive to make our businesses more energy and water efficient is necessitating some very innovative thinking and ground-breaking solutions. Research into the alternatives to water have the ability to not only protect this important resource but to radically change the way our businesses operate.