Different businesses have different water needs which depend entirely on their activities.

However, water management can typically be separated into three tiers in terms of quantities used and related industries:

Why do some sectors use so much water?

There is a growing awareness of what’s been termed the ‘water footprint’, which is a calculation of the total amount of water needed in order to produce food and products.

With food production, it is obvious where most of the water footprint comes from and why so much is needed. Farmers need to water their crops as well as provide water for livestock to drink. In wet countries like the UK, the majority of the water will come through rainfall or is taken from rivers and reservoirs which are replenished with rain.

The quantities of water needed to produce food are staggering - as individuals, our total water footprint for food consumption is more than 3,000 litres of water per day. Just one tomato, for example, uses around 50 litres of water; one potato takes around 290 litres, and the production of one kilogram of beef takes a massive 15,400 litres.

When it comes to products, the amount of water used is equally large. The creation of just one pound of plastic will consume around 100 litres of water, a smartphone will need 14,500 litres, and a car could require anything up to 100,000 litres by the time it reaches the forecourt.

Our clothes are also very thirsty. The humble pair of jeans, for example, is one of the biggest water users. And the fast fashion industry, which encourages so many of us to have wardrobes stuffed with clothes we hardly ever wear, is the second-largest consumer of water in the world. 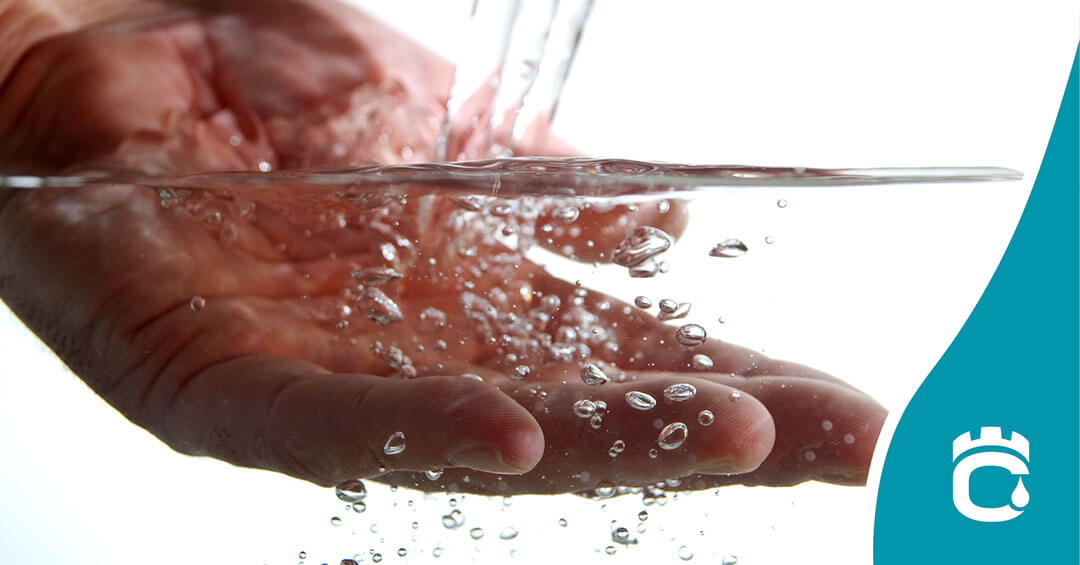 How businesses are reducing their water consumption

The good news for any company’s bottom line, as well as the planet, is that there are steps that can be taken to reduce water usage. And these savings are happening around the world. The climate charity CDP reported a 15% increase in the number of companies managing to reduce or maintain their level of water consumption, with a total of 49% of companies taking steps in order to make such savings.

Some manufacturers and producers are taking the lead. Through a variety of water-saving initiatives, Unilever, for example, reduced the amount of water used in its factories by 47% between 2008 and 2019, despite an increase in production. They estimate that this has saved the company around £110 million over that period. Soft drinks juggernaut Coca-Cola reports that, since 2004, it has reduced the number of litres of water (used to create each litre of soda) by almost a third, and it is also working with its growers to improve the sustainability of water they use on their crops.

How you can save water at your business

It doesn’t matter if your company is large or small, a global manufacturer or a corner shop, there are always ways of saving water and saving money, such as using rainwater for irrigation or toilet flushing. We offer Water Efficiency Audits that will take an overview of your existing water usage and enable us to suggest changes that will increase your water efficiency, which could potentially pay for themselves quickly.